What I learned from the Venus Awards 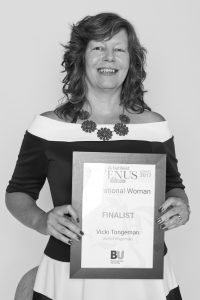 As some of you will be aware, I have become a finalist for the Dorset Venus Awards under the category “Inspirational Woman”, sponsored by Natwest Bank and Bournemouth University among others. As this process runs over several months, I have been meaning to blog about what this means to me for some time, but wasn’t sure what I wanted to focus on. Then an event last week gave me the inspiration I needed.

I had been asked by the Venus Awards if they could interview me on film as part of the awards process, and they had sent me a set of questions they were going to ask me about my “business” and who inspired me. I was nervous but excited about this as I am becoming aware of the power of Youtube and was thinking how great it would be if I could be filmed professionally sharing my message with others.

The day before I was due to be filmed, life was not as smooth as I had hoped. My Mum fell over at home in the morning and called my sister who was visiting me – a visit to A&E with her plus four stitches on her forehead followed. Thankfully she was OK in herself, and wanted to stay in her own home overnight.  Despite her independence, my sister and I travelled over the following morning with shopping and to check she was still recovering well. I think we were more worried about the situation than she, but I couldn’t have rested without seeing for myself she was alright, and making sure she had everything she needed.

Never one to waste an opportunity to support me, while we drove to and from Mum’s home my sister ran through the Venus Award interview questions once more. I was surprised to become aware of nerves, and a sense that I was “all in my head”, trying to remember everything I wanted to say. Writing comes far more easily to me than speaking, and I was concerned I may freeze up or forget the answers I had planned. I realised I needed some coaching!

So once we had settled my Mum and returned home, I asked my sister to help me with an NLP exercise called “Logical Levels” so that I could re-connect with myself, discover who and how I wanted to be during the interview, and for what higher purpose.

I found that I wanted to quiet my head down and communicate through and with my heart, and I felt my heart centre open. There were a few tears, and I came to a realisation that my message was bigger than a competition or sharing about my book – that my message and who I was being was “Love”. As long as I could get that “love” across to the camera, then whoever watched the video, regardless of who or where they were in the world, they would benefit from it. I had to trust that whatever my heart wanted to say would come through, allow my higher purpose to be fulfilled and let go of my ego which had it’s own agenda of being “perfect” and getting everything “right”. I mentally put my planned answers to one side, and waited to hear what I had to say.

Whilst meeting new people and having lights and cameras put up in my home was still a little daunting to me, the film crew were very efficient and helpful, and quickly put me at my ease. I do not recall many of my answers, but I sense that the message I wanted to get across was around the importance of not judging ourselves, not trying to be good at everything. Instead to find out who we are being when we are giving our best and most natural selves, and sharing that gift with the world.

So what does being a finalist of the Venus Awards mean to me? It means learning to say “yes” to new experiences, stepping out of my comfort zone and in the process, learning even more about myself without judgement. It means stepping into Love, not just for the other Finalists, Contestants or Organisers, but for anyone and everyone who may come into contact with the Awards, blogs and videos both now and in the future. It means being part of a joint higher purpose to serve women and individuals across the world.

I’m also learning that I can take care of my family as well as my “purpose” and that the right help is sent to me just when I need it! So thank you Sis, The Awards and the Universe for this wonderful journey of self discovery! 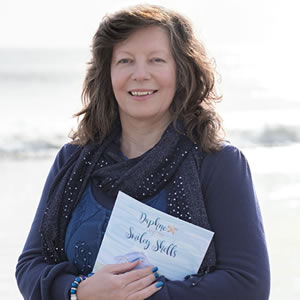 We mental health professionals are taught that peo

The perfect confidence-building story and activity

Ok folks, it's that time of year again! Daphne's

For those of you who created a list of things they

Self criticism is so common among adults, as we le

We are currently in Full Moon energy, which began

For us Highly Sensitive People, the energies can f

This is one of my main aims in life, to feel calm

Aside from whether you have to pay for your own he

What inspires you? For me, it is my home. Where I

As I gazed mindfully at a beautiful rose earlier,

As we come into the #Equinox, the time when we get

I've just been listening to a talk by Wayne Dyer a

This morning I wanted to create a post, but I also

Laying, eyes closed, on the beach on a windy day,

I love how some of my online friends share how the

Today I was talking to my friend @MariellaFranker

Ride the storm, set a new course and land on new shores where you can safely discover yourself, your gifts, your inner wisdom and ultimately, your next evolution.

What Children Really Need at Christmas

A lot of people are under financial pressure at Christmas, so here are some ideas on how you may be able to keep costs down and give the children what they really need at this time of year and beyond.

Always See The Light In Others

How we can all be like Paddington Bear and our late Queen?     Wishing to pay my respects to a lady who has always been in our lives, I watched both the recent Jubilee and the sadder funerals that took place this year for Her Majesty Queen Elizabeth II....
Read More

How Your Why Drives you

How does your ‘why’ drive you?
Take a few minutes to listen to my Vicki’s latest interview with Mariella Franker from The Franker Message.